SIGMATEK is growing - and in every Respect 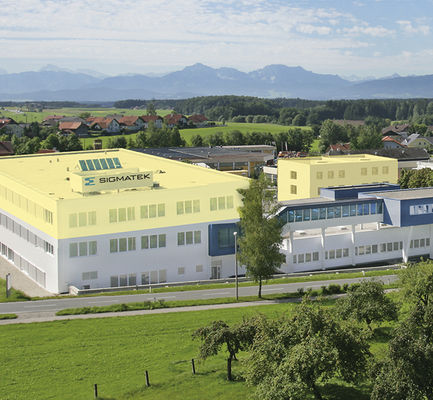 SIGMATEK – the specialist for automation technology – is growing continuously. Already for the third time, the Innovation Center in Lamprechtshausen is being expanded – in two stages. The first part is already underway and will be finished in 2017, the second part in 2018 – just in time for the 30-year anniversary.

The complete automation solutions from SIGMATEK continue to succeed on the international market. In 2016, the mid-sized Salzburg company recorded the strongest sales year in its history. The continuous growth of the family-run business, which is still 100 percent privately owned by the families Melkus and Kusejko, recently required an expansion of the main facility in Lamprechtshausen. Currently 420 of the company's 500 employees work there.

In 2017, the height of Building III will be increased by one level; adding 1,500 m² of floor space. The current testing hall will be also expanded with a pallet warehouse, over which two additional floors for state of the art office space will be built. This section with 1,650 m² of floor space should be completed in April 2018 – just in time for the company's 30-year anniversary.

The increased capacity will be used to expand the production, logistics, research and development as well as management areas to provide high-tech specialists an optimal environment and modern workspaces.

The second location in Austria, the engineering center in Vienna, is also growing continuously. Already in 2016, it was moved to newly adapted offices and the number of workspaces has doubled.

"We would, of course, like to continue our healthy growth into the future. The basis for this is the generous expansion of our development, production and logistics capacity. As always, we still produce exclusively in Austria. We are continuously adding new employees in all areas of the business, especially in hard and software development, product management, applications, support, testing and production" explains Marianne Kusejko, CFO & Personnel Management.